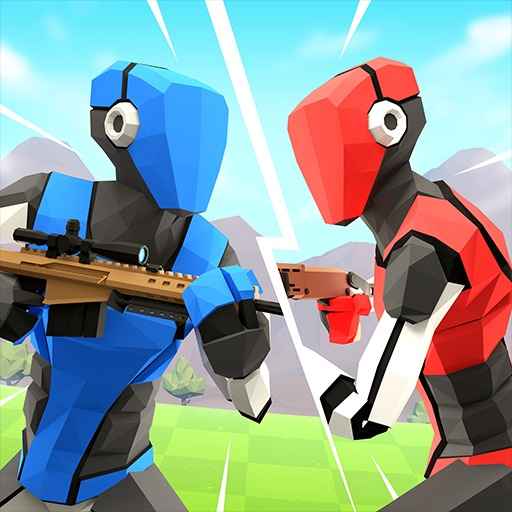 1v1.LOL MOD APK is a lightweight & epic multiplayer battle royale, 1v1 game where you can construct buildings for your tactical play.

1v1.LOL is an action-packed tactical shooter battle royale game with low-poly stylized graphics offered by JustPlay.LOL. It has more than ten million downloads on the Play Store with a 4.5 rating out of 5. It features customizable controls, 16-player battle royale, 1v1, box 2v2, party mode, zombie mode, and varieties of firearms.

The battle royale mode is a great mode for having fun and competing against other real players to be the last one standing. In this mode, 16 players will enter the match and spawn at random locations on the map. Their main objective will be to kill others and survive till the end. They can pick up weapons & items, break walls to collect materials, and build structures using the collected materials. Do you have the skills to survive till the end and be the last one standing?

Not that good at building structures and shooting enemies, huh? No problem. It comes with two practice modes, one for the building and the second for the shooting. In the building practice, you will have unlimited materials to build structures. No enemies, no material limit. Just build.

In the shooting practice, it has AI characters placed at various distances and heights. Some of them will be moving and others will be standing still. You can practice your aiming & shooting skills for as long as you want to. No restrictions.

Customize Your Controls As You See Fit

If you are having trouble with the default controls, then you can customize them as you see fit. It has a completely customizable HUD. You can change the positions of the fire, jump, crouch, reload, movement analog, and all other buttons wherever on the screen you like.

Other than the battle royale, it also has 1v1 and 2v2 modes where you don’t need to explore the area & looking for the weapons. In these modes, you will have three different weapons & a pickaxe, and lots of material. The size of the map is limited. All you have to do is face the opponent and kill him to win the match.

God Mode – Activating it will make your character immortal. No amount of damage will cause any HP loss.

Unlock All – All the character skins & weapon skins are unlocked in this version. You can use any skin you want.

Unlimited Ammo – You will have unlimited ammo. Shoot as much ammo as you want, you will never run out of ammo.

Auto Win/Kill – Activating this feature will automatically kill the enemies and you will win the match.

ESP – It will show all the players’ names and positions present around you even if they are hiding behind walls or in houses.

Jump Height – You can enter a value in this feature’s input field. Then activating it will increase the height your character can jump.

Walk Through Walls – With this feature, you can walk and pass through the walls without breaking them.

Aimbot – You can activate this feature if you are not good at aiming enemies. It will automatically aim at the enemies.

Telekill – Activating this feature will teleport you to the enemy or above him, Then you can easily kill him using your weapon. After killing the enemy, it will again teleport you to another enemy.

How many game modes are available in the 1v1.LOL?

It has more than six game modes. Some of them are battle royale, 1v1, box 2v2, zombie mode, practice build, party, etc.

What’s the total number of players in the battle royale?

Notice: After reading this article about 1v1.LOL, if you have any doubts or questions then feel free and ask us in the comment box. Also, enjoy fast downloading with ModPapa.com for free.