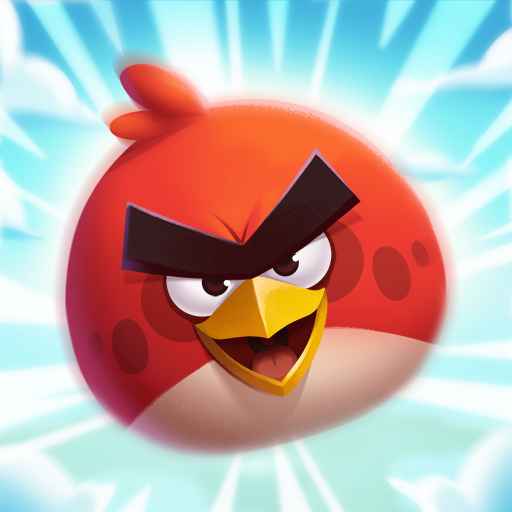 In Angry Birds 2 MOD APK, you have to take down all the piggies with the help of your angry birds and there are hundreds of levels to play.

Hello, friends. Looking for the Angry Birds 2 MOD APK? Then you have reached the right place. It is a physics-based puzzle and casual game offered by Rovio Entertainment Corporation. It has more than a hundred million downloads on the Play Store with a 4.3 rating out of 5. It’s also the #10 in top-grossing casual games. Your fun with Red, Chuck, Bomb, Terence, and others will be amazing.

The gameplay is similar to all Angry Birds games. You have to take down all the piggies with the help of your angry birds. There are hundreds of levels in this game, each with a unique setup, made up of wooden, ice & stone blocks of different shapes, and also have rockets, TNTs, balloons, portals, etc. A level has multiple rooms.

When you start a level, you will have a limited number of bird cards which you can see at the bottom right corner. You can also switch the bird to use on the slingshot by tapping on these cards. Then, tap & drag the bird and target at the piggies or at any point you see fit. While dragging the bird, you will also see a guideline that will help you to aim & set the angle.

If you lose all lives, then you can’t play any level and have to wait for half an hour for each life. Speaking of in-game resources, gems, With gems, you can buy rare & legendary treasures, flip all cards in the treasure, buy arena tickets, power-ups, and more chances in the tower of fortune.

You will start the game with Red, but as you clear a certain number of levels, you will get keys to unlock more new birds to help you in your adventure. There is Chuck with his high-burst dash, Bomb with his blast, Terrence with his hard-big-stone-like body, Matilda with her exploding eggs, Blue with his three siblings, and Silver with her piercing downwards burst. Each of these birds has a unique ability including Red. Red can send a shockwave using his war cry.

There are also three more birds & a piggie, and you can choose one of them to take on your journey. These birds are Hal, Stella, Bubbles, and the piggie Leonard.

Compete Against Real Players in Arena

Angry Bird 2 also has a competitive game mode known as Arena. In the Arena, you can compete against real players. To play in the Arena, you will first need the arena ticket. Then you will be matched against a real player of the same league & rank. After that, you both will start at the same level having countless rooms and with your unlocked birds.

You have to clear as many rooms as possible to score higher. Fill the destruction meter to get extra cards and keep scoring. When you both use up all your birds, the one with the higher score will win the match and get trophies. Trophies are required to rank up in the league. At the end of the season, you will get amazing rewards depending on your rank & league.

Use Power-ups for Extra Help

You will face many difficult levels where you will need some extra help. In that case, you can use the power-ups such as golden ducks, blizzard, chili, pig inflator, and Mighty Eagle Sardines. Chili power-up sets a random piggie on fire and explodes it. Pig inflator power-up increases a random piggie’s size that disrupts the structures. And the blizzard power-up turns all wood & stone into ice blocks. These power-ups will help you a lot. So, don’t forget to rely on them.

Unlimited Life – Your life will not be deducted.

How many birds does this game have?

Can I play Angry Birds 2 on the PC?

Yes. You can play this game on the PC using an android emulator like BlueStacks.

Notice: After reading this article about Angry Birds 2, if you have any doubts or questions then feel free and ask us in the comment box. Also, enjoy fast downloading with ModPapa.com for free.