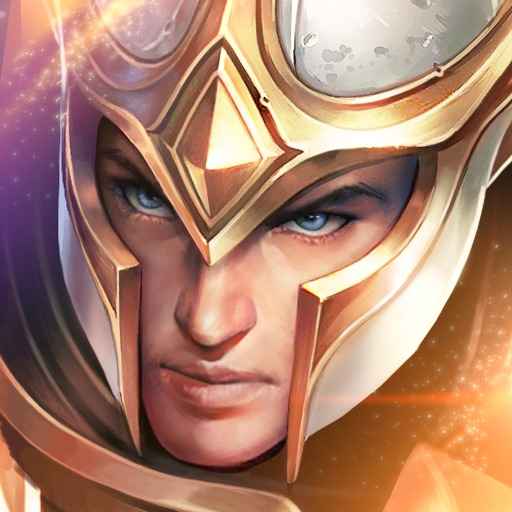 Hello, titans. Get ready to play the Clash of Titans MOD APK and enter the arena to fight against 5 opponents, show them your amazing skills, and beat them with style. With 90+ unique titans and 15+ game modes, you will have so much fun in this game.

Description of Clash of Titans

Clash of Titans is an action-packed MOBA game offered by Actoz Singapore. It has more than a million downloads with a 4.0 rating out of 5 on the Play Store. It features 93 unique titans of 6 different roles, ranked mode to compete against real players from around the world, standard 5v5 mode for fun, and more than 10 arcade modes to have even more fun with unique rules & enhancements.

There are so many game modes in this game like standard 5v5, 3v3, 1v1, ranked, arcade, mayhem mode, hex frenzy, supremacy blitz, and many others. You can battle against opponents & practice your skills in the standard modes without worrying about a win or loss. For real challenges, test your skills, and show your skills to the world, you can play rank matched and increase your league from bronze to champion.

For unlimited fun and to play the game with completely different objectives & rules than ranked & standard, arcade mode gives you 10+ unique modes to play. There is Abyssal Clash, Kareno Chess, Mayhem Mode, Hex Frenzy, Supremacy Blitz, Gladiators’ Summit, Clone Clash, Morph Battle, and also the Football Fever. The list of names is not over yet. There’s much more to play & enjoy.

Invite Your Friends & Play Together

MOBA game is all about playing with friends together in a team and defeating opponents. Clash of Titans allows you to create a team of up to 5 players. You can invite your friends and cooperate in the match. Pick up the titans that complement each other’s skills. Chat with them, send signals for backup, retreat, or attack, or turn on the mic to talk in real-time to strategize your next moves. It will make the game pretty fun to play.

It has 93 unique titans, Each titan comes with a unique attack style and a set of 4 skills- one passive skill and three active skills. They are also divided into six classes based on their roles – Tank, Warrior, Assassin, Mage, Marksman, and Support. Depending on the roles and their attack style & skills, pick the titan that suits your playstyle.

Tank titans have high HP and physical & magical defense, but low attack & magical power. So, they are the best at receiving damage and protecting their teammates. Support-type titans are not good at dealing high damage with their basic attacks and skills. But they come with skills that can buff your teammates, and inflict negative status effects on enemies that will help your teammates to take them out easily.

Assassin titans have very high damage power & skills to deal massive damage but have low HP. So, they are good for ambushing the opponents and taking out the damage dealers like mages or marksmen. Not good for initiating fights or going against a group of enemies though. Warriors have sustainable amounts of HP and attack power. So, they are good at fighting solo & in groups on the front lines.

Markman titans are also long-range titans who deal great damage with their basic attacks and are the best at dealing physical damage from afar. They can solo enemies in 1v1 and also 1v2 in some situations. Mages are the best at inflicting magical damage using their skills on enemies. But they have low HP, low basic attack damage, and are long-range titans. So, they are best with tanks or fighters who can defend them.

In this game, you are getting the following features.

Unlimited Coins & Gems – You can use coins & gems to buy all titans & their skins and other items such as emojis, animations, in-game effects, base guardians, etc.

Do I need to root my device to install this APK?

No. There’s no need to root your device.

How many game modes does this game have?

It mainly has three game modes: Standard 5v5, Ranked, and Arcade. The arcade mode has 10 modes too, each with a different set of rules.

Notice: After reading this article about Clash of Titans, if you have any doubts or questions then feel free and ask us in the comment box. Also, enjoy fast downloading with ModPapa.com for free.