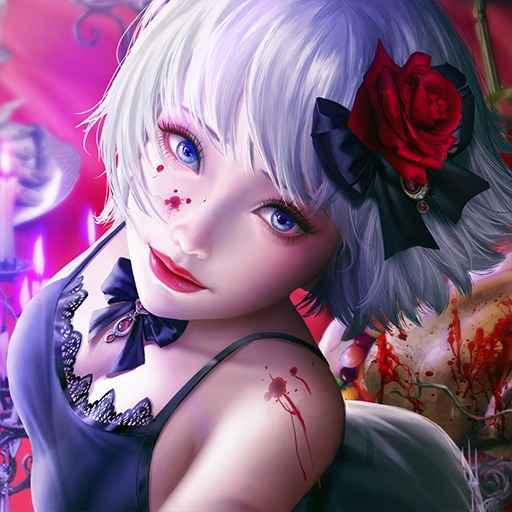 Shadow Brides Mod APK is a role-playing, tactical game with anime-style animations. It features a story mode with 35 chapters.

Shadow Brides is a role-playing, tactical game with anime-style animations & graphics offered by Laura Games. It features a story mode with 35 chapters, an online arena mode, trials, quests, 40+ cute girls with unique skills, and also a dating mode where you can date your heroines & become closer to them.

400 years ago, Bathory made a deal with the Devil in the pursuit of power. To gain the Devil’s Eight Powers, she opened the Gates of Hell. It released all the Sinful energy into the world that made all humans more powerful, but they also lost their control. After a long time, Bathory came to realize that she made a huge mistake and tried to fix it. She sealed the Eight Powers in True Blood. Now everyone is after these True Blood to gain more power.

You are a direct disciple of Ms. Van Helsing and also have the demon’s heart in you that allowed you to use the True Blood & their Eight Powers. Now it’s up to you to restore the balance in the world by defeating the Bathory and evil forces.

In this game, you will have to create a lineup of up to 10 heroines to fight alongside you against the evil forces of vampires, witches, and demons. You will be on the left side and enemies on the right side of the screen. And at the bottom of the screen, you will see your lineup. You can deploy them into the battle. But it will consume a certain amount of energy for each unit which replenishes over time.

You and your deployed heroines will use their attacks & skills automatically. On defeating all the enemies, you will win the match and earn rewards like gold, EXP, consumable items, etc. Earning a certain EXP levels up your character that increases the energy, max energy, attack, defense, and other attributes.

40+ Cute Girls to Add to Your Lineup

It has more than 40 cute & hot girls, each with a unique set of skills & abilities. They are also divided into 7 classes – Slayer, Guardian, Sorcerer, Heal, Light, Spell, and Summon. Each class has its unique role in the battle. For instance, Spell class units’ attacks deal terrifying weakening effects on the enemies and decrease their abilities. Sorcerer class units deal area damage to enemies.

Guardian class units’ have tough defensive abilities that protect their teammates. Depending on these roles and their skills, you can create many unique lineups to fight against enemies. You can also make them stronger by upgrading them using potions, or improving the resonance level by dating.

Damage Multiplier – You can enter up to 99999 in the damage multiplier which increases your units’ damage by X times the normal damage. It will be equal to a one-hit feature where you will only need one hit to kill your enemies.

Defense Multiplier – Entering any value in this multiplier will increase your defense by X times, making you nearly invincible. Having 99999 times the normal defense will neglect all the incoming damage. So, no matter how much damage you receive, you will not die.

Which class is best to support teammates?

Light and Heal class units are the best to support your teammates.

How many game modes are available in this game?

It has a story mode, arena, trials, and date game modes.

Notice: After reading this article about Shadow Brides, if you have any doubts or questions then feel free and ask us in the comment box. Also, enjoy fast downloading with ModPapa.com for free.