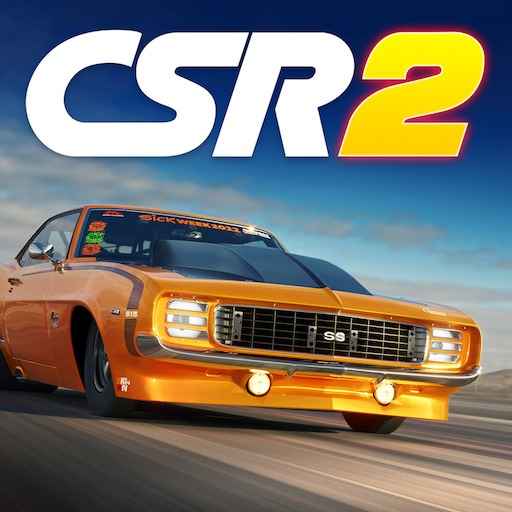 All Prices Reduced to 0-1 Gold & Money

Hello friends and racers! Get ready to race & beat your rivals in the CSR Racing 2 MOD APK. CSR 2 is a drag car racing game offered by NaturalMotionGames Ltd. It has more than fifty million downloads on the Play Store with a 4.6 rating out of 5. It’s also at the #1 rank in the top-grossing racing games. You can play it offline as well as online with players from around the world. It features 1v1 races, multiple game modes, 50+ exotic cars, customizations, car tuning, and special events to earn amazing rewards.

In the following features, we are going to share all about CSR 2 – Drag Racing Car Game. If you wanna know about the game in detail, then read the sections written below:

It’s a straight-up racing game where you will race against others in 1v1 race matches. There will be no turns, collisions, or traffic, just you and your opponent on the track. Whoever reaches the finish line first, will win the race. So, you will have to shift your gears at perfect timing to accelerate & achieve high speed in minimum time. Upgrade your car and tune its parts to increase its performance. Use nitro to get ahead of your rival. Do everything to make your car faster than your opponent, and polish your gear-shifting skills & tuning skills to win the race.

On winning the race, you will earn cash and respect points (RP) depending on your performance. The amount of cash will depend on your perfect start, perfect shifts, good shifts, crew bonus, etc. With the cash, you can buy new cars, and upgrade their parts. And respect points are required to level up your in-game character. RP (Respect Points) are important in this game. Without acquiring a certain amount of RP, we can’t challenge the crew leaders. On leveling up, you will get gold as a reward, and also you become eligible to challenge crew leaders.

In this game, there are many game modes like crew battles, regulations, daily battles, crew battles, events, etc. Each mode has a different set of rules and rewards. You can play these modes to earn rewards of the type you want. Some of the game modes are as follows:

Regulation races are normal races to earn some easy money. It has three difficulty levels Rookie, Amateur, and Pro. The winning rewards increase with each difficulty. But to unlock higher difficulty, you will need to defeat a certain number of crew members.

Daily battles give you a chance to race with an exotic & hyper car and win amazing prizes. Once you complete the race, then you have to wait for 4 hours for another race. After every 4 hours, the race refreshes, and you get to race with another new car.

Crew battles are part of the campaign or story of the game. In this mode, the map is divided into multiple regions and each region is controlled by a crew leader. You will challenge each of them to become the best racer there is. But, first, you need to beat all the crew members of a crew and increase your respect to a certain level to challenge the crew leader. Until you do that, you can’t race against the leader and proceed to the next region.

The ladder is an endless mode with countless races. As you complete and win a race in this mode, the rewards increase in the next race. But the difficulty level also increases.

It’s an online multiplayer mode where you can challenge other real players for a race and stake the money in the race. The winner will take all the money. The rules and gameplay are all same as the other modes.

It comes with many amazing features which are as follows:

Prices Reduced to 0-1– All prices of cars, upgrades, and crates are reduced to 0 and 1

All Cars Opened – You can drive Ferrari, Bugatti, Lotus, McLaren, and all other tier-5 cars.

Free Shopping – Purchasing will not cost them anything.

Increased RP Rewards – Whenever you upgrade your car or win a race, you will get a large amount of RP.

MOD Menu (Dumb Bots) – When it’s active, your opponent will not shift the gears properly.

Money Won’t Decrease When Spending – It’s like having unlimited money and gold.

How many difficulty levels are there in the regulation races?

After how many hours do daily races become available?

Notice: After reading the CSR Racing 2 article, if you have any doubts or questions, feel free to ask us in the comment box. Also, enjoy fast downloading with ModPapa.com for free.