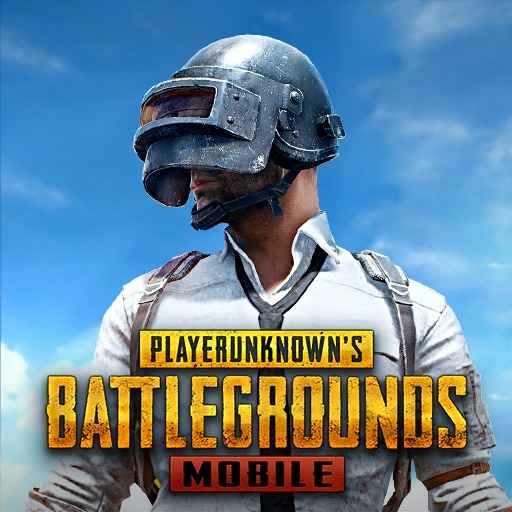 PUBG Mobile MOD APK is an action-shooter battle royale game where you will land from an airplane in a 100 Player match.

PUBG Mobile is an action-packed tactical shooter battle royale game offered by Level Infinite, a publishing brand by Tencent. It has more than five hundred million downloads on the Play Store and is at #7 in top-grossing action games. It features intense battle royale matches with realistic graphics in 5+ maps with unique themes, tons of firearms, and more than 10 different game modes to have fun with friends and players from around the world.

PUBG offers a huge arsenal to the players. It provides them with multiple options in Assult Rifles, SMGs, LMGs, Shotguns, Pistons, Bolt-Action Sniper Rifles, Automatic Sniper Rifles, Melee, and Throwables. They can choose any weapon according to their playstyle. Kar98k, M24, and AWM are the best for sniping players. Want to go with all guns blazing, then nothing is better than AKM, M416, Groza, AUG A3, MK14, DP-28, and M249. It has weapons to everyone’s taste.

The long-awaited epic mode that will lead all players to an intense battle is back with a revamp. AFTERMATH, soldiers. Pick up your weapons, armor, first-aid kits & energy drinks. Not enough firepower? Bunkers and guard posts will help you then. Eight bunkers and four guard posts are now available across the map. They are full of powerful military weapons. But these places are guarded by military guards. You will have to take them out before looting the area. Moreover, Semi-trucks also spawn randomly from time to time that contains supplies. You can loot them too.

Weapons & armor can be upgraded too in this mode to increase the damage & defense. Find the upgrade crates and alloy armor to do so. There are also some changes in health-related items and new types of bandages & energy drinks. First, your energy will not deplete over time if the HP is full. Once you lose your HP, the energy will start working and recover your HP. The new type of bandages immediately recovers the HP, unlike standard bandages that recover HP over time. And the new concentrated energy drink’s usage time is soo short. You can quickly drink it.

In the Mini Football Ground, players can play football with their teammates. On winning the match, they will get great loot. Messi’ Shoes grant an ability to players. Using that ability greatly boosts their movement speed for 5 seconds. They can reuse it after a 5-second cooldown.

PUBG Mobile MOD comes with the Mega MOD Menu that contains all the MOD features such as Silent Aimbot, ESP, ESP Health, ESP Items, etc. You can toggle them in the menu whenever you need them. Below, we have explained these MOD features.

The aimbot feature assists you in targeting enemies. There are multiple types of Aimbot tools in this MOD. Some of them are as follows:

Silent Aimbot – This tool masks the aim that allows you to shoot at enemies even when you aim in the wrong direction. When you fire your weapon, the bullets will hit the nearby enemy.

Trigger Aimbot – It will automatically aim at the enemy and auto-shoot the weapon at him.

Target Aimbot– It will only assist you in targeting the enemies automatically. You just need to aim toward the enemy and it will move your aim at the enemy.

FOV Aimbot – It will auto-aim the enemies present in your field of vision.

ESP is the acronym for Extra-Sensory Perception. There are many types of ESP tools available in this MOD such as items, weapons, vehicles, HP, bot, name, radar, vehicle HP, enemy count, line, 2D & 3D box, etc. Some of the most used tools are as follows.

ESP Enemy Count – Activating it will display the number of players present at a certain location.

ESP Line – It will draw a line between you and the enemies available near you.

2D & 3D Box – It will draw an outline box around the players. Red boxes will represent the enemies and green boxes will be friends.

ESP Weapons, Vehicles & Items – These are three different tools. Activating them will display all the weapons, vehicles & items respectively around you with their names, types & distance.

Is it safe to play PUBG Mobile?

How many game modes are available in this game?

It has a classic, ranked, arcade, football mania, aftermath, war, sniper training, and many other game modes.

Notice: After reading this article about PUBG Mobile, if you have any doubts or questions then feel free and ask us in the comment box. Also, enjoy fast downloading with ModPapa.com for free.