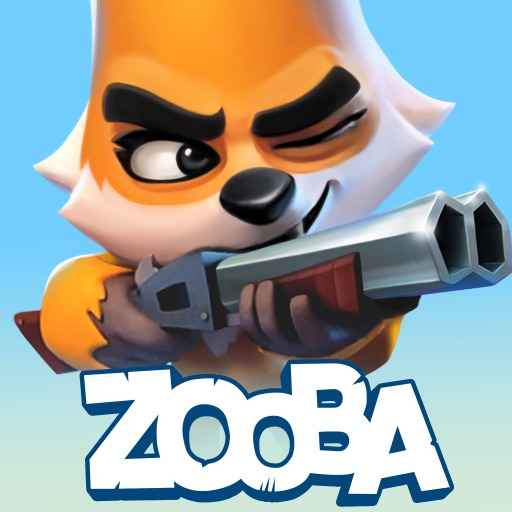 Zooba is a battle royale game with 35+ characters with unique abilities & playstyles, 10+ unique items to equip, and hundreds of upgrades.

Zooba is an action-packed battle royale game offered by Wildlife Studios. It has more than fifty million downloads on the Play Store with a 4.3 rating out of 5, and the #8 in the top-grossing action games. It features 35+ characters with unique abilities & playstyles, 10+ unique items to equip, and hundreds of upgrades to evolve your character as you like. Its multiplayer game modes let you have fun solo and with friends as well.

Zooba is a great game to have fun and enjoy playing with friends. You can’t go wrong by choosing this game. It’s a battle royale game with MOBA-like controls. You can go solo, or create a team of 2, 3, or 5 players to play its various game modes. In a match, 45 players will spawn on an island. While spawning, you get a short period to select the area for landing.

Your main objective will be to survive till the end and be the only surviving player. There will be guards & weapons on the island including a royal guard. Pick up the weapons to use against other players. Killing guards will drop items like first-aid kits, bear traps, etc.

When you kill the royal guard, you will get a legendary weapon. That’s also the reason why most of the players land at the royal guard’s position during spawning. There are also grass, water, and world fire. You can’t use your weapons & abilities in the water. And while in the grass, players are invisible until they get close to each other.

Over time, the world fire spreads inwards the map, shrinking the safe zone. Players in the fire will lose their HP continuously. Use your skills & abilities, weapons & items, kill other players and be the last one standing.

It has more than 35 characters with unique passive & active abilities and different styles of using weapons. Each one of them has its weak points & strengths. You can choose any character based on your playstyle, upgrade it to increase its power, and equip items to gain more battle abilities. There are also attractive skins & emotes to customize your characters to your liking.

There are mainly four types of weapons in this game – Spear, Bomb, Shotgun, and Bow. But there are many ways to use these weapons. For instance, some characters use 360 spear spin to deal damage to nearby players while others throw it as a focus shot to knock back the target. Some of them dash toward the target dealing damage using the spear thrust. Bombs can be rolled on the ground or thrown over obstacles. Bows have various styles like rapid fire, focused shot, multishot, arrow rain, etc. It depends on the chosen character. Each character uses weapons differently.

Show Enemies in Grass – You can’t see the enemies in the grass unless you get close to them. But this feature lets you see all the enemies on the map. It doesn’t matter if they are hiding in the grass or not, you will be able to see them. With this feature, you can easily aim & shoot enemies.

Always Shot (Shot in Water) – Things get hard when you have to go into the water to cross the river, or to escape from the world fire. During that time, you can’t use your abilities & weapons while the enemies who are outside the water can easily target you. But now you can shoot them too using this feature. Don’t wait to get out of the water to shoot down your opponents.

How many weapons are in this game?

There are four types of weapons in this game. Spear, Bomb, Shotgun, and Bow.

Notice: After reading this article about Zooba, if you have any doubts or questions then feel free and ask us in the comment box. Also, enjoy fast downloading with ModPapa.com for free.